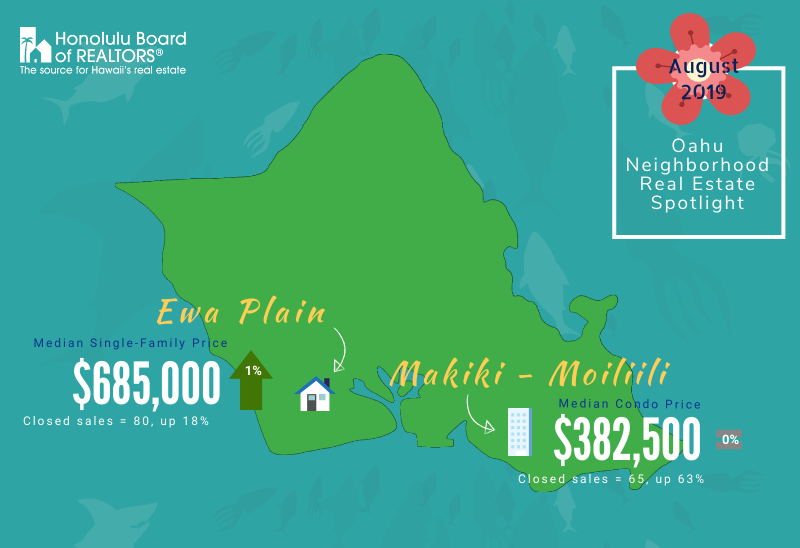 August housing sales volume on Oahu was relatively flat over last year according to resales figures released today by the Honolulu Board of REALTORS®. The analysis conducted by the Board using data collected from its computerized Multiple Listing Service (MLS) system show the following statistics:

“Overall, August was a quite stable month for Oahu’s residential real estate market compared to last year,” said Jenny L. Brady, President of the Honolulu Board of REALTORS®. “Sales were at about the same level as 2018 and prices have been steady as well, with the majority of single-family homes and condominiums selling within a narrow price range. We continued to see double digit increases in active listings for both single-family homes and condominiums throughout this year. While properties have remained on the market a little longer, the median days on market is still under a month.”

Thank you for contacting us, we'll get back to you shortly.

Sorry, we are unable to send your message at the moment. Please try again later.